Housed about 20,000 residents and could be very old! 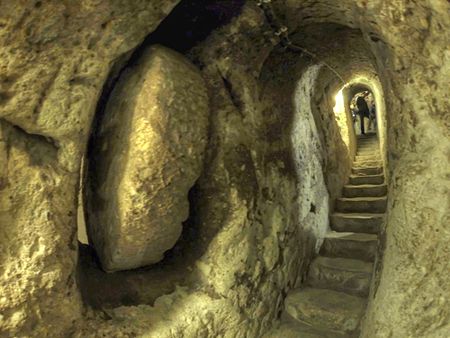 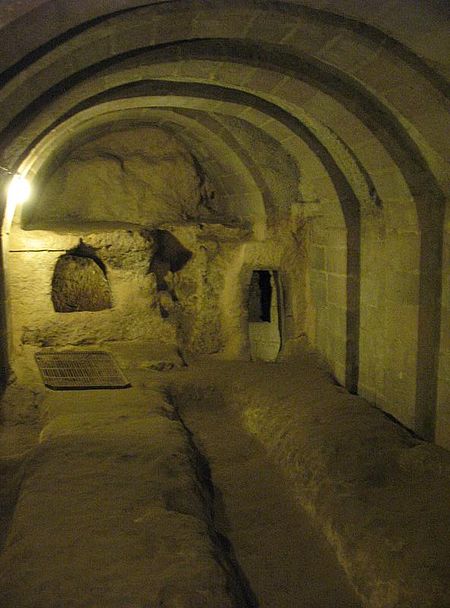 “The city could accommodate up to 20,000 people and had all the usual amenities found in other underground complexes across Cappadocia, such as wine and oil presses, stables, cellars, storage rooms, refectories, and chapels. Unique to the Derinkuyu complex and located on the second floor is a spacious room with a barrel vaulted ceiling. It has been reported that this room was used as a religious school and the rooms to the left were studies.

Between the third and fourth levels is a vertical staircase. This passageway leads to a cruciform church on the lowest (fifth) level.

The large 55 m ventilation shaft appears to have been used as a well. The shaft also provided water to both the villagers above and, if the outside world was not accessible, to those in hiding.”

“One theory regarding the age of the Derinkuyu Underground City is that the Phrygians built it around 800 B.C.E. They were there at that time, but there is not much more to go by than that. Another theory is that the Hittites built it. That would put the construction of Derinkuyu at least 200 years earlier, but possibly even a few hundred more than that. Another is that it was built by the Persian King Yima was ordered to build it by the god Ahura Mazda to protect his people from an ice age, as written in the Vendidad. The bottom line on this theory is that caves do not protect from ice ages. People still need food, fresh water and air, which might be difficult in deep snow and ice. Besides, the last glacial period was several thousand years before the earliest estimate for the city — from 110,000 to 10,000 years ago. That would put the construction of the Derinkuyu Underground City at roughly 7,000 years before the Hittites would have built it.”

stay tuned next week for more related to this topic